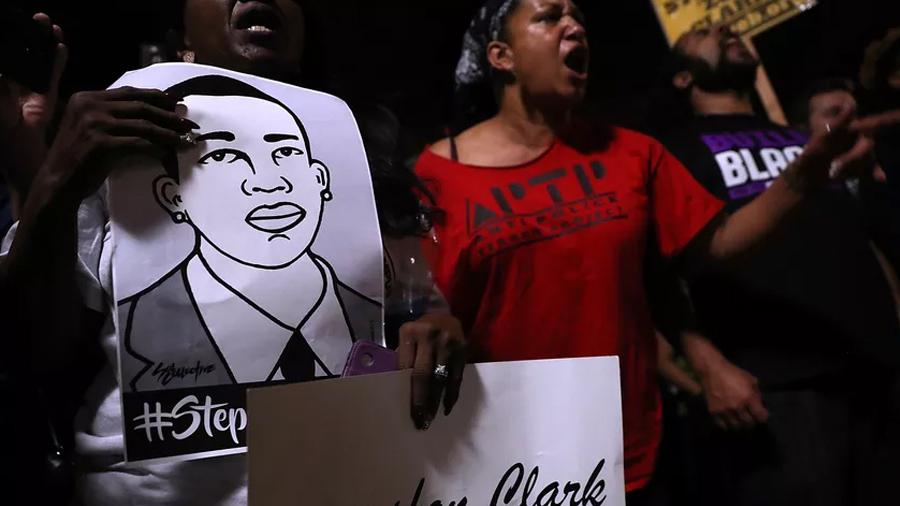 Controversy has escalated over the past month in Sacramento with the decision announced by the California Attorney General and Sacramento County District Attorney that charges would not be filed against the officers involved in the tragic March 2018 shooting of Stephon Clark. Investigation and, inevitably, further controversy will continue, however, as the U.S. Justice Department will now be doing a civil rights investigation.

The death of Stephon Clark: What we know about the Sacramento police shooting

As disruptive protests continued in the city over the past weeks and having viewed the Body Camera footage of the shooting, two things strike me as evident. First, we don’t have the full story of what really happened. Second, as we continually emphasize, Weapon Mounted Cameras deployed likely would not have eliminated all potential controversy. But WMCs certainly could have mitigated the turmoil and reduced the issue in controversy to WHY this happened.

To summarize this OIS, two Sacramento officers had pursued Mr. Clark responding to reports of a person breaking into cars in the neighborhood. Clark, a black male apparently matching general descriptions of the subject, was pursued as he jumped over a fence into a backyard (that turned out to be his grandparents residence). The officers confronted Clark and as they took cover behind the corner of the residence across the yard from Clark, the officers fired several shots at him, resulting in his death. At the scene, Clark was found only in possession of a cell phone with no sign of a firearm. The officers have maintained that they believed Clark had a gun and was advancing toward and firing at them. California authorities who reviewed this case for charging obviously believed this was viable, determining that the evidence indicated the officers were genuinely in fear of their lives when they shot. The standard for criminal charges is whether the officers had an honest and reasonable belief that they were in imminent danger of death or great bodily harm and how a reasonable officer would react in the circumstance.

I have blogged previously about issues created in OIS events from non-activated Body Cameras. That was not an issue here (Watch body camera footage). The officers’ Body Cameras were properly activated and functioning.

Unfortunately, however, as our analysis has typically found to be the case, the Body Cams do not give any idea (other than the audio seeming to indicate that the officers perceive the presence of a gun) of what the officers saw at the time the decision would have been made to pull the trigger. When our team and officers we have consulted with reviewed this footage, at the key moment, the consensus is that we see only the side of a building and the ground.

In our analysis of officer involved shootings in the U.S. through 2017 where body cameras were deployed by the involved agency, the view of the officer at the time of the shooting was adequately captured just 37% of the time. Nearly two of every three incidents resulted in the Body Camera view being blocked, often by the officer’s body in a shooting position and other times, as in Sacramento, by structures or objects resulting from the officer taking cover.

Our analysis in review of officer-involved shootings nationwide is that Body Cameras are not activated at all in approximately 11% of OIS events where they are deployed by the involved agency (see chart below), inevitably adding further mistrust and controversy to these traumatic situations. This tragic event is, unfortunately, going to be no exception.

So, did the officers reasonably perceive the cell phone later determined to be in Clark’s hand and his actions at the time as indications he was pointing or even firing a gun at them? Reports are that the officers described that Clark was “crouched in a firing position.” We have only their testimony.

"I thought that he had already shot at me because I saw what I believed to be a metallic reflection or muzzle flash — something coming at me," Officer Terrence Mercadal said in an interview with a detective. "I was scared."

The decision not to file criminal charges against the officers was made by highly qualified authorities in a very difficult position balancing the rights of the officers and Clark’s family with the community perceptions and potentially vengeful responses (based to some extent on events having nothing to do with this specific shooting). I have no doubt that they professionally and impartially applied the law based on the evidence available, making the best decision they could to meet their obligations to ensure justice was served. With the evidence investigators had to work with, authorities had to determine whether to pursue charges, and the community had to determine its position, based largely on what the officers told investigators they saw and how they perceived it, rather than based on objective evidence of what was actually in front of them. The charging authorities were going to be second guessed no matter what they decided and bias against the officers was going to put them in an impossible position.

Actual objective evidence that a WMC would likely have provided, at least 86% of the time in our analysis, including for this specific shooting - What the cell phone did objectively look like from the position of the officers, was it obviously a cell phone or was there reasonable perception of a gun, and was it reasonable to believe the brief flash of light was from a muzzle? Was it reasonable to perceive that Clark was in a shooting position and/or advancing toward the officers? Then, the evaluation of whether the officers reasonably perceived an imminent threat would be reasonableness of reactions based on what was actually in front of the officers, not essentially based on what the officers reported they saw in front of them.

The results of the investigation may very well not have changed. The charging authorities could still very justifiably determine that the officers had reasonable fear for their lives in the split second they had to process what they saw, even if the WMC view made it apparent that Clark was not holding a gun or still left it ambiguous and only clarified that Clark just had some metal object. The evidence may have supported the officers’ testimony and further exonerated them in public perception. Or, it could have shown Clark was clearly holding only a cell phone and not advancing aggressively and a different charging analysis may have taken place.

Either way, Sacramento is a tragically profound illustration that the source of so much of the conflict in OIS events is the uncertainty and dispute of the event details.

It is difficult to eliminate controversy associated with WHY an OIS happened, but the WMC can reduce the controversy on WHAT happened in an OIS. The bottom line is that the family and community members that are vehemently protesting do not believe what the officers say they saw and perceived and distrust charging officials for believing the officers’ testimony. Protesting members of the community do not believe justice was served without charges against the officers. Some of the outrage that will scar this community for a long time would be mitigated if both “sides” were at least viewing the same video of what was actually happening in front of the officers and what their view would reasonably have shown. And the dispute is not over yet. The civil rights investigation with a different standard of proof could very well be adverse to the officers. If so, the officers may end up in agreement that their actions would be evaluated more fairly if there were an actual video corroborating what they perceived.

By no means do we claim that WMC footage of the Clark shooting would have eliminated all of the controversy in the aftermath of this matter. People can view the same exact item and have completely different perceptions based on biases and pre-conceived notions. A clear view of the object in Clark’s hand would inevitably lead to disagreement of the reasonableness of the officers’ actions when faced with it – the WHY. However, one entire aspect that is in dispute, what the officers really saw – what really happened (which, as things stand despite the presence of Body Cams, is based largely on subjective evidence provided by the officers)- would be largely out of the debate. The dispute would be cut down to the reasonableness of their actions, why they pulled the trigger, and the reasonableness of the charging officials based on the objective evidence.

No product could eliminate controversy or outrage based on WHY an OIS happened, but we believe that as Viridian WMCs continue to arrive in more law enforcement agencies around the world, there will at least be less community-shattering controversy based on uncertainty of what really happened. 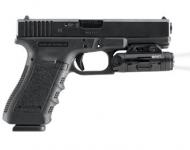 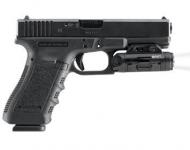 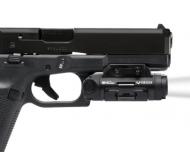