Ok, what is this analysis all about? 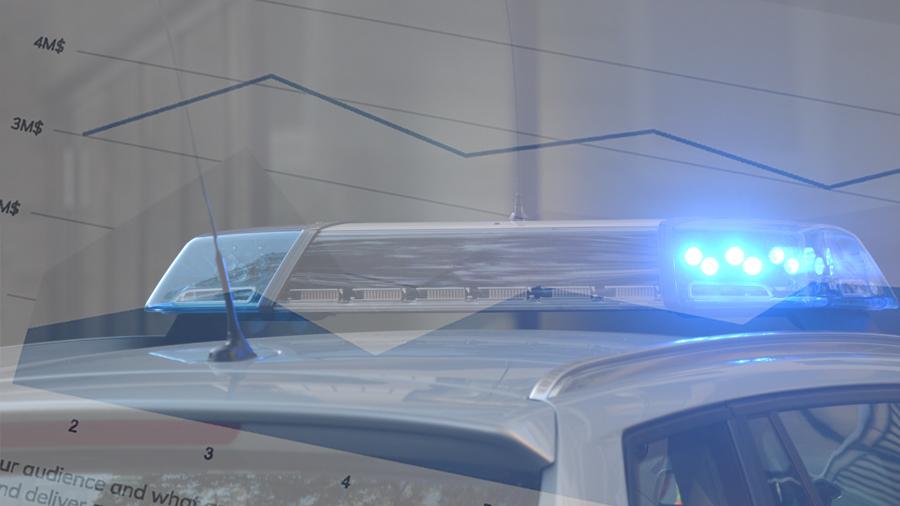 As Viridian gets increasing publicity about the Weapon Mounted Camera, it is a challenge to avoid overreacting and the temptation to respond to any stated misconceptions about our product that come with that publicity. (Beggars can’t be choosers?) Our esteemed President & Founder, Brian Hedeen, recently did an entertaining and informative interview with KTAR Radio in Phoenix. The hosts, Bruce St. James and Pamela Hughes, were engaging and well-prepared and displayed that they understood the key themes of our product. We greatly appreciated the opportunity for the large market reach provided. In my role at Viridian and against my better judgment, however, I cannot resist the temptation to respond to one of those misconceptions that was illustrated in the coverage.

In the way of background, one aspect of making our case on the value of WMCs for police departments and communities is the detailed analysis we have done of Officer Involved Shootings (OIS) in situations where Body Cameras (BWCs) were deployed by the involved Police Departments. View full study. The purpose of the undeniably non-scientific analysis was to at least roughly determine how effectively Body Cameras captured important evidence and details associated with an OIS, and evaluate their shortcomings as a tool for obtaining critical evidence. We also analyzed from the perspective of determining where our WMC product would be a potential valuable evidentiary enhancement or alternative to the Body Camera - and how. We set out with a methodology to obtain empirical, rather than purely anecdotal, data to assist in analyzing what the BWC provides and what the WMC could provide once available to law enforcement. Going into the analysis, we believed that this empirical documentation would illustrate the limitations of Body Cameras and, reviewing objectively, the extent that Weapon Mounted Cameras would fill the gap. One portion of the analysis, objectively concluding that BWCs effectively captured the critical view of OIS events just 37% of the time (compared to 86% with WMCs), seems to be well understood and accepted.
Viridian did an analysis of police shootings where body cameras were deployed and came to some interesting results, concluding that BWCs, more often than not, did not capture adequate evidence of an OIS. This analysis of officer-involved shootings through 2017 by agencies that have body cameras deployed and where video was available to evaluate demonstrated that the inadequate video evidence of the shooting from these examples in Sacramento and New York City is a common occurrence. We objectively evaluated whether the BWC footage available showed the view of the officer and the actions of the subject at the moment where the decision would have been made to pull the trigger. Did the BWC provide the view from the officer to the subject to determine what caused the officer to pull the trigger and evaluate whether the officer’s actions at that moment were justified?

Another item of data we set out to find in the project was how often and how effectively BWCs adequately captured the events leading up to the officer drawing the gun when the incident resulted in an OIS. Acknowledging that a WMC will not capture any data in an incident prior to the gun being drawn, this would objectively measure the extent of a clear advantage for BWCs. Late in the Phoenix interview, Brian was asked about this indisputable limitation that our WMC would not obtain evidence of events prior to the officer’s gun being drawn. This was an effort to support the host’s assertion that our product is more viable as a supplement than a replacement for Body Cameras. Brian responded with a noteworthy result of our analysis that in over 2/3 of OIS events, any activity prior to the guns being drawn was essentially not significant (I’ll explain in a moment). The hosts commented in on-air discussion after the interview with a large dose of skepticism on this result, not an uncommon response we have had when mentioning this statistic.

Using this opportunity to explain how we analyzed the issue of pre-gun draw evidence in more detail, I will first say that the results shocked me too! In analyzing publically available video of OIS events through 2017 (over 200 events), we specifically attempted to measure whether the BWC captured key events of an encounter before the officer’s gun was drawn. A simple Y (Yes) or N (No) on our data recording.

Here is an example of a Y (See below). Most of the relevant events occurred before the officer’s gun was drawn almost simultaneous with the shooting. Here is an example of a N (See below). In this case, the body cameras were not activated until around the time the guns were drawn. As the Analysis went along, however, we found that we had to add a category. That category was N/A for situations where the officer’s gun was drawn immediately upon arrival at the scene.

An Alaska police officer has been cleared in last year's fatal shooting of a suspect who had been placed in the officer's patrol car and managed to start driving it away.

Example of N (No)

These situations cannot be fairly placed in either the Y or N category to evaluate whether the BWC captured events before the gun draw, because there were no events before the gun draw. We considered simply placing such circumstances in the No category because no video existed before the gun was drawn. That would not be fair, however, to analyzing BWC effectiveness because it is not like the BWC failed in those situations. On the other hand, it would not be fair to comparing WMC effectiveness to place the events in the Yes category because the BWC is not capturing anything the WMC would not capture when both devices are deployed once the gun is drawn. It would not make for a viable comparison. The only fair way to empirically categorize a situation involving an officer’s gun being drawn immediately upon arrival at the scene, when trying to measure the rate at which BWCs capture events prior to the gun being drawn, is to categorize such a situation as Not Applicable to what we were trying to analyze. This portion of the analysis was whether a BWC captured activity at an OIS incident scene prior to the officer’s gun being drawn and therefore obtained evidence that the WMC would not have captured.

As we state prominently in written materials, media coverage and presentations, the events fell into the Not Applicable Category 68% of the time. On these occasions, the officer’s gun was drawn immediately when the officer arrived at the scene. The majority of police encounters with the public (normal traffic stops, calls for assistance, stopping people for questioning) do not involve the gun ever being drawn. But the misconception, certainly from most media and from many citizens, is that OIS events typically evolve from these relatively routine encounters. Most of these encounters do not result in an OIS, and what must be understood from our review of hundreds of OIS with departments deploying BWCs, most OIS events do not evolve from these types of commonplace encounters. Obviously, some do. But an OIS is far more commonly going to result from an already escalated, high-risk, encounter such as a chase, a standoff, a subject reported with a weapon, a high-risk arrest or traffic stop, a significant domestic dispute, or a crime in progress. Normal police protocol in those situations involves police called to the scene with guns drawn upon arrival for their own safety and the safety of others. These OIS events may not get as much publicity as an allegedly questionable traffic stop that deteriorates or allegedly provoking an innocent person into fleeing or fighting the officer. Most OIS events, from our review, involve situations that are indisputably dangerous and involve dangerous people at the outset. In those events, there is nothing for a BWC to capture outside of what a WMC will capture.

It is an understandable kneejerk thought when comparing BWCs and WMCs that a WMC shortcoming is not capturing OIS events prior to a gun being drawn. We are not singling out our friends in Phoenix for this common response nd misconception. But based on our empirical, rather than anecdotal, data from review of hundreds of OIS events, it is unquestionably, a misconception. We continue to stand behind our statement that most of the time, in OIS events, it is more important to capture events after the gun is drawn rather than events leading up to it.