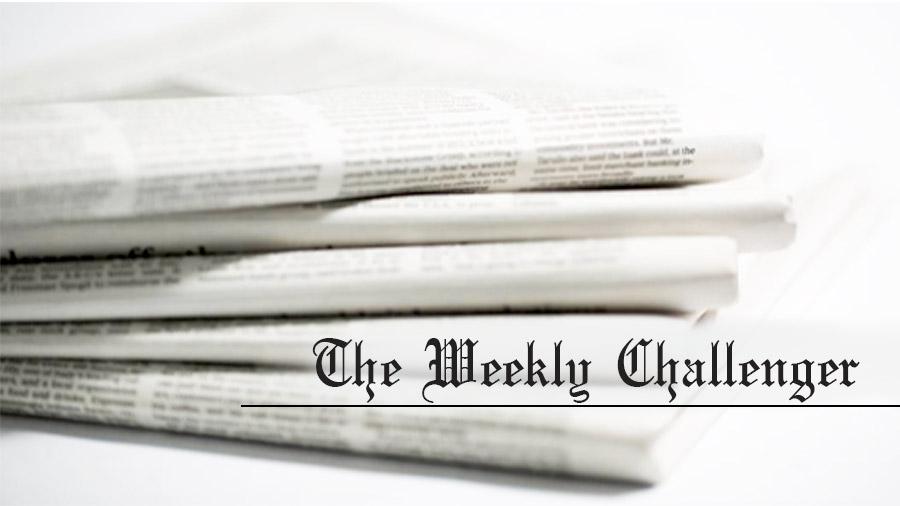 Readers and website visitors, below is a Letter to the Editor that I sent to The Weekly Challenger news publication in response to a Letter to the Editor from Seville C. Brown III, the National Director of the National Christian League of Councils (NCLC) in September. Mr. Brown discussed what he believed is an unacceptable time frame for the City of St. Petersburg, Florida to test and implement a Body Camera program, now apparently over four years after the City made the decision to investigate the option.  As part of his commentary, Mr. Brown noted that St. Petersburg has been testing Weapon Mounted Cameras for the past year rather than body cameras.  He labeled WMCs “Police Death Cameras” having a sole purpose “to record your death or imminent death.”  We felt the need to respond.

We have learned of a September 21, 2018 Letter to the Editor of this publication from Seville C. Brown III, National Director of the National Christian League of Councils (NCLC) discussing what he termed ‘Police Death Cameras’ to describe Weapon Mounted Cameras that are being tested by the St. Petersburg, Florida police department.  Mr. Brown made the following statements regarding Weapon Mounted Camera products:

“These gun cameras are death cameras and they are nothing new. They are the prized and glorified practice of the big game wildlife hunting industry designed for the sole purpose of using attached cameras on rifles to capture on videos the ecstasy of the kill.

These death cameras are now being marketed by companies that are cloning the idea and attaching cameras to the base of the barrel of police guns to record your actual death or imminent death. The police death cameras are activated when the officer pulls his gun from his revolver when he is about to shoot.

These cameras do not allow video footage of the engagement of citizens once the officer arrives on the scene and everything that leads up to the police shooting.  They serve only one purpose–to record your death or imminent death.”

Our company, Viridian Weapon Technologies, is one of the sole manufacturers of Weapon Mounted Cameras (WMCs) designed and manufactured for law enforcement use.  First, we are very appreciative of Mr. Brown and this publication for discussion of the important topic of police accountability and evidentiary tools for ensuring this culpability.  We would like to share our perspective on the purpose of WMCs for use by law enforcement, which we believe (and our customers along with their communities would agree) is not for the purpose of capturing and recording death for the “ecstasy of the kill.”

The purpose of WMCs is plain and simply to capture what really happened in the tragic event of an officer involved shooting.  WMCs have a different primary purpose than body cameras which are designed to capture all police encounters, most of which [obviously // thankfully] do not result in shootings.  WMCs were specifically designed not to capture the thrill in killing a person, but to add transparency in the unfortunate event of an OIS to mitigate the mistrust that results between police and the community due to the uncertainty that often exists after such tragedies about what happened.

The message for our law enforcement customers and their communities is based on three main advantages of the WMC as a supplement or alternative to body cameras.  1. WMCs offer an advantage to supplement evidence obtained from a body camera in that the view of the WMC at the moment of shooting is not blocked.  Our review of numerous OIS events is that more often than not, the BWC is blocked by the officer’s body or other obstacles.  WMCs at the end of the firearm give a clear view from the officer to the person shot.  Again, this is not for the purpose of seeing the subject struck or the aftermath, but to see the subject’s actions at the time the officer made the determination to pull the trigger and whether that determination was justified.  (The post-shooting trauma would normally be redacted and/or not released at all to the public).  2. WMCs automatically activate when the firearm is pulled from the holster.  Most body camera platforms require manual activation by the officer.  We believe the NCIC would appreciate that activation is not left to the discretion of the officer in a stressful situation to remember to activate the BWC.  For those who do not trust an officer’s motives, a manual activation gives the opportunity to simply not activate the device prior to potentially using force.  With the WMC, the officer has no choice because recording is automatic when the gun is removed from the holster.  3. WMCs are a viable alternative or supplement to a BWC program because they can be added for just a small fraction of the cost.  This is because the main cost of a BWC program is storing and managing the volumes of data created.  WMCs only activate when the gun is drawn, comparatively rare events that generate less total data.

Mr. Brown’s commentary also asserted the WMC would eliminate all accountability of the officer’s actions from the time of arrival at the scene.  First, if a supplement to BWC programs, there is no issue regarding this accountability for activity that the BWC will pick up.  Recording of activities not involving the officer’s firearm being drawn is also not the purpose of WMCs, which are designed specifically for OIS events.  Secondly, our review and analysis of OIS events is that a majority do not involve controversy associated with the officer’s initial engagement of a member of the public.  Our analysis is that the majority of OIS events involve already escalated situations that require officers to have guns drawn at the time of initial engagement such as reports of shots fired, standoffs, chases, assaults or other felonies in progress.  Some events tragically do escalate from routine encounters, but far more OIS events involve dangerous calls that require police firearms to be drawn.

There is no single, perfect tool to ensure 100% police transparency. We don’t believe the WMC is a replacement for a BWC or a dashcam.  They all serve different purposes, and have different associated costs.  Our thought is that the more transparency, the better.  We believe it would never be a bad thing for accountability to have more information available.  A Weapon Mounted Camera does not “eliminate all accountability”.  It does the opposite.  It is the only tool available today that will show what the officer saw when he or she chose to use deadly force. Body Cameras are a valuable tool for this accountability, and so are Weapon Mounted Cameras.