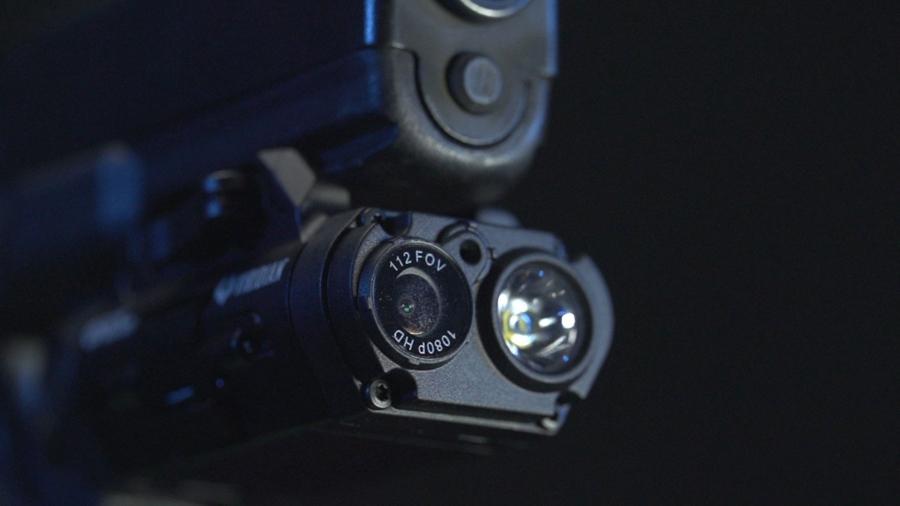 MINNEAPOLIS, Minn. – May 11, 2020 – The Kit Carson County Sheriff’s Office has deployed the FACT Duty™ Weapon-Mounted Camera (WMC™). Sheriff Tom Ridnour has been working to equip his force for modern policing over the last year. Every sworn deputy of the Eastern Colorado county now has a Weapon-Mounted Camera in the field to compliment body cameras.

The rural force is responsible for patrolling over 2,000 square miles that includes the border with Kansas. Sheriff Ridnour has been working to implement Viridian gun cameras, and was able to get them deployed on March 1 of this year. That timing coincided with the first time footage from Viridian’s gun camera was used in an officer-involved shooting (OIS) trial in Texas. A jury quickly convicted the defendant of aggravated assault with a deadly weapon on a public official. The WMC provided the critical evidence in the case by showing the defendant pointing a sawed-off shotgun at Vernon, Texas Police Corporal T.J. Session.

“The Weapon-Mounted Cameras provide a new layer of visibility and perspective for our deputies,” said Sheriff Ridnour. “As a rural force, we cover a huge area with a limited number of personnel. The range of responsibilities our deputies have is equally as great—and knowing we now have the FACT Duty gun cameras in the field gives us even more coverage and awareness.”

Viridian has created an important category for law enforcement with the introduction of the Weapon-Mounted Camera. This distinctive camera provides an unobstructed view of critical use-of-force events from the end of the firearm, addressing limitations officers can face with body cameras.

“Sheriff Ridnour has been dedicated to bringing the latest technologies to his department, and we’re thrilled he added the FACT Duty,” Viridian President and CEO, Brian Hedeen, said. “Our technology can be a supplement or alternative to body cameras as a mandatory evidentiary tool to provide the critical evidence in an officer involved shooting. We commend Sheriff Ridnour for being the first to deploy in Colorado and wish him and his deputies the best during these unprecedented and challenging times for all first responders.”

The highly advanced WMC employs a 1080p full-HD digital camera with a microphone and 500 lumen tactical light. Viridian’s proprietary INSTANT-ON® technology automatically activates the camera and microphone whenever the officer draws the firearm from its holster. Not only does this eliminate risk of failure to manually turn on the camera during a critical event, but it also keeps the officer from fumbling with cumbersome equipment.

More information on the FACT Duty can be found here or by contacting Viridian directly at sales@ViridianWeaponTech.com.